A TRIBUTE TO JULIUS KAMBARAGE NYERERE ON THIS AFRICA DAY 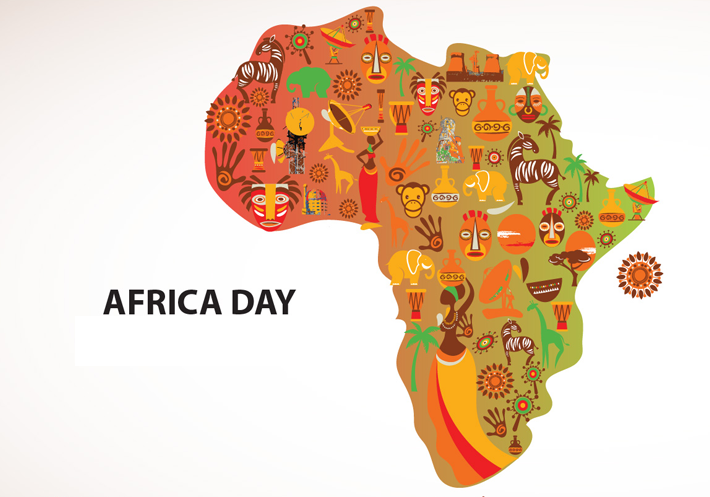 On this day, as we commemorate the 52nd Africa Day, we need to individually and collectively work towards the elusive, yet highly desirable idea of our African Unity. This was the dream and purpose of the founders of the Organisation of African Unity (OAU) in Addis Ababa, Ethiopia. As we reflect on our past, consider our present and ponder our future, it is instructive to heed the call of one of the founders of the OAU, the late President Julius Nyerere, and the first President of Tanzania.

“My generation led Africa to political freedom. The current generation of leaders and peoples of Africa must pick up the flickering torch of African freedom, refuel it with their enthusiasm and determination, and carry it forward”

The best way to celebrate this important day is to commit ourselves as individuals, families, communities, institutions and countries to a few key steps to give effect to Africa’s freedom and unity.

In the past, people only knew Africa as a continent of wars, famine, disease and coups. In 2000, The Economist, in one of its most infamous headlines, labelled Africa the “Hopeless Continent”, condemning us to a bleak future of misery and under-development.

As Africans, refusing to be written-off, a lot happened after 2000 – so much, in fact, The Economist dramatically changed their tune, proclaiming “Africa Rising”. In 2015, Sub Saharan Africa’s GDP is expected to grow 4,5%, making it the fastest growing economic zone in the world. When considering the longer term, continued steady growth in Africa will result in an economic bloc with global impact over the next two decades. Although this is impressive, we must remember and always caution that this growth, though impressive, it is still from a low base, but more importantly, GDP growth alone is not enough to see our Continent rise, such growth must be accompanied by long-term economic transformation.

We must capitalise on our assets, and promote a coherent and consistent story as Asia and Europe and other continents are doing. The following are some key assets and strengths:

These are great assets, wonderful opportunities, and building blocks for the future, but they need leadership, from all sectors, to take advantage of them. On this day, I hope all of us, in positions of influence, power or responsibility, will do everything to realise these opportunities:

In one of his most profound speeches, President Julius Nyerere made a remarkable confession and a passionate plea, “My remaining remarks have a confession and a plea. The confession is that we of the first generation leaders of independent Africa have not pursued the objective of African unity with vigor, commitment and [the] sincerity that it deserved. Yet that does not mean that unity is now irrelevant. Does the experience of the last three or four decades of Africa’s independence dispel the need for African unity?”

This torch was ably carried by President Mbeki whose call for African unity, renewal and development resonated throughout the continent. Unlike the approach of the late President Nkrumah, who sought to drive the unity at Continental level, President Mbeki’s approach has been to try to integrate the countries at a regional level and then expand to the continental level. President Mbeki has been adamant that such unity cannot be driven from above, and he has helped create a number of institutional mechanisms to bolster such continental unity. In his words, “There’s no way that any African country can achieve success standing on its own. It would require you to work with your neighbour, because whatever happens in one country impacts the other. It’s a matter of necessity to work toward this unity, because we share this common destiny.”

This echoes the comments made by President Nyerere, “Together, we, the peoples of Africa will be incomparably stronger internationally than we are now with our multiplicity of unviable states. The needs of our separate countries can be, and are being, ignored by the rich and powerful. The result is that Africa is marginalized when international decisions affecting our vital interests are made.

Presidents Wade, Obasanjo and Mbeki laid a sound framework for African unity, development and progress with the founding of the African Union, the establishment of its institutions and the frameworks created to deal with the G7; G20; Europe, Asia, China, India and the United States as a common block.

Unfortunately vested interests, as identified by President Nyerere are starting to set us back. These negative steps are manifested in the following worrying developments:

We require leaders who can see beyond the immediate gains of today, we need others who can have the vision of Nkrumah, Nyerere and Mbeki who can see the bright future of Africa through the mist of poverty, conflict and under-development. It is our time to lead, it is out time to sacrifice for the unity of Africans. In practical steps, this requires us to:

“The future of Africa, the modernization of Africa that has a place in the 21st century, is linked with its decolonization and detribalization. Tribal atavism would be giving up any hope for Africa. And of all the sins that Africa can commit, the sin of despair would be the most unforgivable.”

As Africans, we know, we cannot fully be free and independent;

We celebrate because we are unbowed, because we have our destiny in our own hands. The road ahead may be intimidating, the task daunting and the obstacles formidable, but we have seen worse and have been through more. Those that came before us faced slavery, colonialism, imperialism and apartheid, they overcame so that we can celebrate this day. We owe it to those who dreamed of a better tomorrow, to realise their dreams

Let us rejoice today, sound the African drums, dazzle with our rich colours, mesmerise with our dances, bring a smile of admiration with our rhythm and dance towards a better tomorrow for our children.

A message to friends and colleagues, today ...