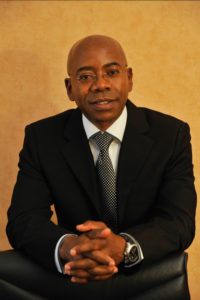 LM:     You have had an amazing corporate career with many achievements – what lessons and advice can you give to young people at the lower levels of Corporate South Africa for them to succeed?

BM:      Success is a progressive realisation of a worthy ideal! Be happy with yourself and live in the present moment. Develop a close and personal relationship with another human being (not things) and live a balanced life – everything in moderation.

LM:     What have been the biggest influences in your life and career?

I am a product of many inputs! Growing up in Katlehong township, where all the 4 roomed houses looked the same and therefore not knowing that we were poor. Applying to and being admitted at Wits University to study medicine in 1981 and having to apply for a ‘special Ministerial consent’ as this was a white university. Losing 2 hours every day being ‘bussed’ to the Parktown Campus from Glyn Thomas House inside the modern day, Chris Hani (Baragwanath) Hospital, Diepkloof, Soweto as due to Group Areas Act, black students were not allowed to stay at the University residences. Being the ‘first African’ (as if this is an accomplishment where 90% of the population is Black) to work as a ‘professional sales representative’ at Pfizer Pharmaceuticals on the 14 April 1984.

LM:     Who are your heroes and role models?

BM:      Like most Africans, I was brought up by my grandmother as both Parents had to work! She taught me that we must treat South Africa’s children as our very own; that we need to own the strength in our name; that life is a wonderful metaphor for business and that when a student is ready, a teacher will appear. Susan continues to teach me both humility and patience.  I continue to learn about the ‘intersectionality between and among race, gender and class’ from our two divine daughters, Tshepiso Serialong and Maneo Refiloe. The embodiment of leadership is ntate Simon Nkoli and ‘Me Bev Ditsie – the very first organisers of the 1990 ‘The Gay & Lesbian (LGBTIQ) march; Ms. Adila Chowan, the former Group Financial Manager, Imperial Group; Khaya Dlanga, the author of ‘To Quote Myself’ – Memoirs of an Exile’; Baba Khulani Qoma, the former Eskom Board spokesperson & Reputational Manager; Fezekile Ntsukela Kuzwayo; Mcebisi Jonas; Themba James Maseko; Prof. Thuli Madonsela; etc.

LM:     What is Business Leadership South Africa, what is its role and why did you take up this challenge of leading it?

BM:      This is an organisation that was founded in 1960, primarily to defend apartheid and for sanction busting/import substitution! It is the only organisation of about 86 CEOs/Chairpersons of big business. My understanding of why we died to defeat apartheid is so that we can give effect, in our lifetime, to the South Africa of Rolihlahla Nelson Mandela’s dreams – the South Africa we have been praying for – to bring about nation building and realise the much elusive social cohesion. Because of the disproportionate role that business plays, if we do not help business to transform and be broadly reflective of the demographics, this will remain a mere mirage. Business cannot flourish when the rest of South Africa is failing. It cannot stand as an island of prosperity in a sea of poverty.

The role of this NEW BLSA is to be the conscientious voice of business, responsible citizenry, patriotic capital, thought leadership, trusted advisor, partner of choice – doing everything in our power to ensure that this ANC led government is a capable state and a lobby group.

I took up this challenge to ensure (and to share my own personal experiences in successfully transforming the companies that I have been finally accountable for) that I also play my role in transforming business so that it also, looks like the rest of the country. Naturally some elements of business are opposed to and are actively resisting this whilst some simply do not know how.

LM:     What are the key pillars of the vision of Business Leadership South Africa?

BM:      The new vision is ‘architectured’ on partnerships, especially with civil society. It is premised on three pillars, viz. Inclusive socio-economic growth and TRANSFORMATION, protection of key state institutions and positioning business as a national asset.

LM:     There is currently a debate about Land reform in South Africa, which specific emphasis on Expropriation without Compensation – what is Business Leadership’s position on this matter?

BM:      Due to a very small margin of error allowed in implementing such emotive corrective measures as ‘Land Expropriation without Compensation’, our message was loud and clear that this is NOT the Venezuela nor Zimbabwe poorly managed ‘land grab’. The intent is precisely to increase clarity, provide regulatory certainty and enhance policy stability. We reiterated the fact that this is already more than catered for in our current Constitution under Section 25, sub-section 3 that deals with the ‘property rights’ – that when the conditions of ‘just, fair and equitable’ have been adequately fulfilled, provision does currently exist for ‘compensation to go down to ZERO’. The Constitution is clear on the 3 principles of land restitution, redistribution and development.

That business supports Parliament’s formation of the Ad Hoc ‘Constitutional Review Committee’ to deal with all contentious issues around this matter and release its input in August 2018. Cabinet has already pronounced on the ‘Public Consultation’ process for all interested and affected stakeholders to continue this critical and courageous conversation. This decisively steals the march on political populism. In introducing this subject, the State President has been quite explicit that this is, but only one of the many mechanisms available. That it will be implemented in the manner that must increase socio-economic growth, increase agricultural production and vastly improve food security. This being the resolution of the ANC’s 54th Policy and Elective Conference, it would have been both irresponsible and disingenuous NOT to proceed with this. We fully acknowledge that land was at the heart of the oppression, exclusion and subjugation of African people. If ever there was an ‘original sin’, this is it. It must be pursued with the same sense of responsibility, sensibility and pragmatism as we have conversed about difficult issues as the ‘nationalisation of mines and the financial services sector’. The same caution that we approached the ‘independence and ownership of the Central Bank’.  Limited delivery, lethargy to engage with our historical legacy, inadequate commitment to redress the pain & government omission (rather than constitutional commission) have been the biggest impediments to constructing a society based on dignity, freedom and equality for all who live in this country. A land debate designed to ensure equitable access for all to the land and, more generally, the natural resources of the country, as in section 25(4) of the Constitution, is an imperative for the future of South Africa. There is never a perfect time to proactively confront the ‘inconvenient truth’.  We are comfortable that this will be done transparently, in an orderly and constitutional manner. Through consultations rather than fiat. Done properly, it must lead to increased resilience, social cohesion and guarantee lasting peace. To regain South Africa’s old noble attitude of its children. This is ‘pro-active leadership’!

LM:     What role did your Organisation play in the BRICS summit?

BM:      In conjunction with BBC and through BUSA, the only ‘apex business organisation’ created by former President, Rolihlahla Nelson Mandela, our role was absolutely seminal and central!

LM:     What are your views on the latest corporate scandals such as Steinhoff, McKinsey, KPMG; VBS etc.? Do they not sent the wrong image of corporate South Africa, and what should be done about these scandals?

BM:      BLSA is on record that when it is the police men and women that steal, it is devastating and when it is those that are entrusted with good cooperative governance that then ‘aid and abet’ the state capture project, it is absolutely devastating! We urge the law enforcement agencies to ensure that whomsoever has transgressed our myriad of laws, must go to prison. BLSA condemns bribery, stealing and cheating in both the private and public sector. This must go back to being a country of laws and not of man.

LM:     There are massive problems at SAA; Transnet, ESKOM; DENEL, SABC; SABS and other SOE’s. What is your view on the role of SOE’s and how do you think they could be turned around to assist economic growth?

BM:      Due to state capture, not only are most SoEs/SoCs hollowed out of extremely effective and efficient talent but are actually trading recklessly, where their liabilities far exceed their assets! Most now employ, at least a third more people than are needed, are being paid much more at the same time that productivity has precipitously dropped.

Instead of these driving big infrastructure spend, being catalysts for skills development, stimulating economic growth and being centres of excellence, unfortunately, they have become a huge debt and ‘non-rehabilitated alcoholics that are overly dependent on annual government bailouts’.

LM:     What are your views about the charge that Corporate South Africa is on an investment strike?

BM:      This inflated fallacy and myth was punctured by the independent Intellidex Report (BLSA sponsored) that demonstrated beyond any shadow of doubt that some of the inevitable ‘cash hoarding’ is as a direct result of deliberate government regulatory uncertainty and policy instability. One need only look at the rapidly changing Sandton sky line to bear testament to the private sector led building boom.

LM:     What are the 5 critical things that the government could do to drive economic growth, reduce unemployment and poverty?

Post the first quarter 2, 2% GDP contraction however, in order to improve business confidence and ignite economic growth through investment, the South African Government could consider the following actions in the short term:-

Longer term the Government will have to initiate other structural reforms such as reducing overstaffing of Central Government, the provision of decent education for all, improving service delivery at provincial and municipal levels and the provision of health care by the State.

BM:      BLSA has been most active in ensuring that these Special Presidential Investment Envoys have critical, crucial and courageous conversations with CEOs of bid business and to that effect we have already hosted them at Stellenbosch, Cape Town, Durban and Gauteng. With the IDC, we have developed a schedule where they would have addressed no less than 372 Investors by the end of this year.

LM:     The latest Employment Equity Act report still paints a bleak picture on Transformation. How do you think we can accelerate transformation in South Africa?

BM:      Ms. Tabea Kabinde, Chairperson: Employment Equity Commission, launched the most devastating Report in June 2018 that demonstrates a deterioration in Black People representation in positions of leadership from 14, 4% 2017 to 14, 3% in 2018! This, at a time that the Country and BLSA is calling for the re-doubling of efforts, is not only disappointing but sad, tragic and regrettable indeed.

LM:     What do you think the impact of current trade wars will be on South Africa?

BM:      Whenever two bulls are fighting, it is the grass that suffers and unfortunately, in this instance South Africa happens to be the collateral damage!

LM:     How do you think Corporate South Africa can assist in Small Business development?

BM:      In our ‘Contract with South Africa’, launched in September 2017 in Alexander, we re-committed to, among others, creating jobs, irrespective of a then hostile climate to doing business in this Country and investing in the acceleration of small business development because it is in SMEs where jobs are created in large numbers. At a job creation rate by SMEs of about 16% compared to our BRICS counterparts, South Africa is hopelessly lagging behind.

A conversation with Rethabile Motsoahae

A conversation with Olufunke Amobi: Head of ...