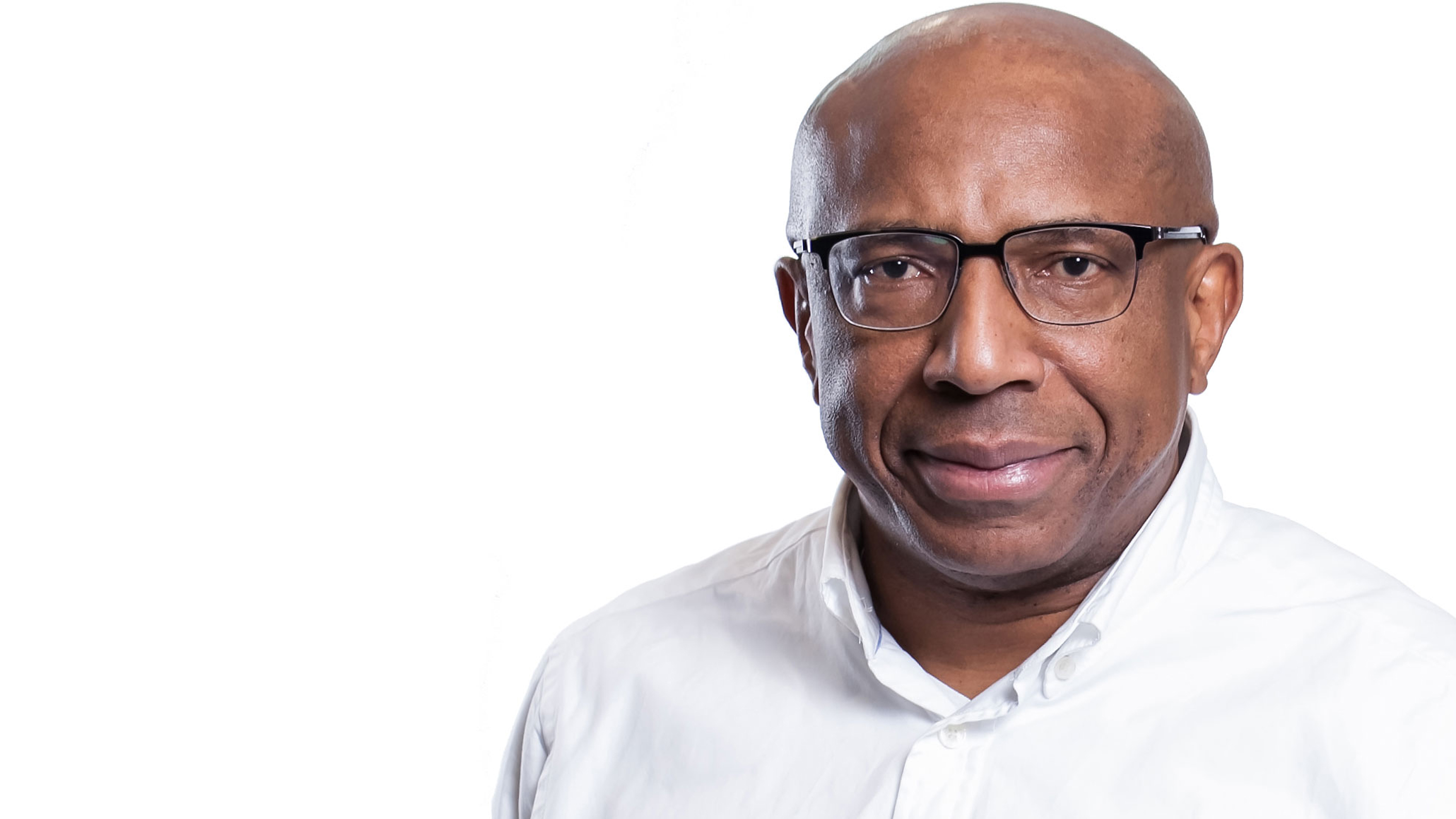 LM: Thank you so My Brother, I truly appreciate your support for this initiative.

SM: thank you for the opportunity. To have a conversation about leadership on any platform is never a right but a privilege and I’m glad to have this one

LM: Describe for us your early years and upbringing.

SM: I grew up largely being raised by my grand-parents. They were teachers by profession. Highly disciplined people they were. As an African child, you are never just raised by your parents. The entire family chips in and you grow up with your cousins as brothers and sisters. I grew up largely in Garankuwa but then headed off to what was then Natal for my high school years

LM: Who were your greatest influences and role models growing up?

SM: several people mostly immediate family members particularly my gran-parents, my aunt who was an activist with SASO, teachers who were passionate about what they taught

LM: You became an activist at an early age, how did this influence your life?

SM: I was an activist at the age of 13 years. The Black Consciousness ideology answered most questions I had as a young person who saw and witnessed injustice, poverty, backwardness, disease all around him. I did not see it as special. The situation dictated it. This influenced myself to always strive having a higher sense of justice

LM: What were the most memorable moments of your stint at BP Southern Africa?

SM: BP really helped me develop my commercial skills, leading myself and leading others and seeking the best out of myself and out of others – It was a strong build from my student activist days – just applied in a different environment

SM: it was both challenging and exciting. Vodacom is large, its built on an entrepreneurial culture yet the business drivers and principles were largely the same.

LM: You joined Telkom in April 2013, what attracted you to the Telkom role?

SM: Telkom as you know has been part of the South African landscape for the last 100 years. It has the most pervasive infrastructure and the south African economy has Telkom at its foundation for telecommunications. The board was sound, the Chairman very strong and the opportunity to make a difference was there

LM: What state did you find the business in?

SM: The business was challenged to say the least. The financial framework was broken, declining revenues, rising costs, capex overruns, conflict with regulators, the customer not at the centre of what was needed. The list goes on. This also had an impact on self-belief and confidence of the organisation as a whole

LM: What surprised you the most about the business when you got there?

SM: the quality of the people and the extent that Telkom was a part of almost every sector in this country

LM: What was the essence of the strategy you pursued to drive the turnaround of Telkom?

SM: we tried to simplify things as much as we could. The motto was: lets arrest the cost, start prioritising capital allocation and treat ever rand in the business as if it was ours and let’s start demonstrating value to our customers, large and small

LM: One of the most obvious turnarounds was in the mobile unit, when you took over it the mobile unit had lost R2,2bn, what is its current profit now?

SM: the mobile business has really swung around. The team has done well. They continue to grow at the same rates of growth as we saw last year. Obviously, the market is tough and the base is bigger. There is still lots more for us to do

LM: To what do you credit this overall business turnaround at Telkom?

SM: all the credit is to the team. There was alignment on what needed to be done, everyone pursed the same goes, we focused on improving our execution muscle – we obviously made mistakes and sought to correct them as best as we can

LM: How has the integration of Business Connection proceeded, what has it added to the Telkom competitive arsenal?

SM: BCX helps position Telkom for the future – the world is becoming more converged thus being able to bring a telco and an IT business together will enable us to provide solutions that are ended to end for our customers. We have obviously been slower than we wanted to integrate but now we are picking up good momentum

LM: You have just announced your results for 2018, what are the key highlights of those results?

SM: 2018 for us was a period of consolidation, the long terms plans we have for Telkom are muti-year and we want to build an organisation that will continue to grow and thrive long after we have left the building. We are happy with the financial and operational metrics

LM: How do you respond to the criticism that Telkom sheds jobs at a time where the country needs more people to be employed?

SM: it’s a difficult thing to balance out. As always, the entire company needs to survive and those that take the sacrifice to leave the company are treated with honour and dignity. The worst scenario is if we do nothing and the entire company fails – we will not be able to justify that

LM: What are the key emerging trends in the Telecommunications sector, and how will they impact your business and are you prepared for them?

SM: the emerging trends will not just affect the sector but will affect EVERTHING. These trends are in AI, Robotic process automation and Data analytics.

LM: When you look back over the last 5 years at the helm of Telkom, what are the things that give you the most satisfaction?

SM: obviously what has given me the least satisfaction is losing people – what has been pleasing is that the company is a lot more stable now. We are investing for the future, we give returns to shareholders, we continue to connect the entire economy, we innovate – all of this is positive

LM: What growth opportunities are you now pursuing after your building phase?

SM: we are looking to grow in the areas of Cloud, Mobile, Digital services and Content

LM: What are the key tenets of your growth and investment strategy?

SM: the key tenets are growth, scale and capabilities

LM: We have seen many companies face huge challenges on corporate governance – why has the relationship between the Board of Directors and the Executive Management of Telkom been so exemplary?

SM: the relationship has been one of mutual respect, support and truly being aligned on what is needed to get Telkom to be on a stronger platform than before

LM: I watch your relationship with your Chairman, Jabu Mabuza, how do you make this work, and what could other CEO’s and Board Chairs, particularly in SOE’s learn from this experience?

SM: We have a good working relationship with Jabu. We invest a lot of time in making sure that we are aligned. I seek guidance from him particularly on difficult and complex issues and he gives the management the space to drive the execution

LM: How have you and the Board of Directors managed to work with the government as a shareholder?

SM: we work with all shareholders the same way – large and small. At the heart of it is clarity on what is the strategy we are pursuing; how do we intend to create value for shareholders and what is the sustainability model for the company. Certainly, we don’t take a short-term approach

LM: How can South African policy and regulation on telecommunications be formulated in a manner that enables investment?

SM: Certainty is key but also, we need to think of the next 10 years horizon and how we want the country and the sector to look like. The key for me is that it must be competitive, lower barriers to entry and enable competition always

LM: You have argued that Icasa’s decision on call terminations is a missed opportunity to reduce the cost to communicate for most South African telecommunications users? Can you please elaborate on what you mean by this?

SM: the call termination regime is predicated on subsidies to drive competition. One of the reasons you have a successful Vodacom and MTN today is because of the call terminate rate benefit that Telkom has had to pay in the last 20 odd years or so. They were smaller and new entrants at the time and needed to be given support and that was the mechanism. For the benefit to continue even after they have come of age is not sustainable

LM: What is South Africa’s state of preparation for the Fourth Industrial Revolution?

SM the good thing is that I hear a lot more people talking about it than say 2 years ago. There are forums, politicians, businesses, universities, schools are all grappling with it. We now need to make the right policy decisions to start the journey

LM: What would you describe as your core values and how do they help you in leading large organizations?

SM: being authentic, never ask people to do things that I’m not willing to do, challenge oneself and others to hopefully be the best in what we do

LM: We have seen huge efforts to revive the South African economy, what are the key things that the government should do to stimulate growth?

SM: focus on Small and Medium businesses, our economy has high levels of concentration, embrace the digital economy and start investing in digital infrastructure and skills

LM: We have seen CEO’s of both local and international organizations being implicated in unethical behaviour and corruption, how do you personally avoid being involved in such scandals and ensure your company is ethical in its business dealings?

SM: we have a string compliance function, but also seeking guidance and counsel wherever you have uncertainty –

LM: What are the plans of Telkom to accelerate economic empowerment?

SM: We are working on different focus areas on BEE – obviously for us it’s been on start-ups and micro businesses – it’s also a lot more aligned with our strategy

LM: How do you balance the need to use procurement to help SME’s and Black businesses to do more business with Telkom whilst making sure that you fight against tender irregularities, corruption and malfeasance?

SM: we look to build a capable pipeline of suppliers for the long term. We have invested a lot in building the right supplier base. Luckily because of the scale that we have we can impact some areas very well. But procurement is not just the only instrument. We provide training and different types of exposure. We have had less tender fraud issues with black companies actually

LM: How do you balance your hectic job with time for your family?

SM: I try not to have meetings on weekends, I socialise in a very limited way. My kids are bigger now so they aalso start being embarrassed being seen next to me

LM: Thank you so much my Brother, I know my readers will enjoy and benefit from our conversation.

A conversation with Farihan Alhassan – Head ...

A conversation with Steven Valoi – Manager ...